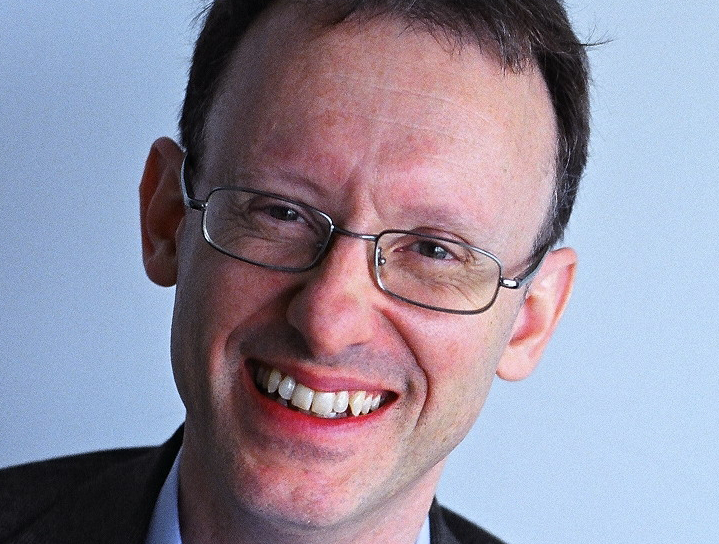 In this episode of China Money Podcast, guest Arthur Kroeber, founding partner of GK Dragonomics, talks with our host Nina Xiang, about why he’s less optimistic about China’s growth in the next couple of years, how the alarmist headlines about capital outflows from China is overdone, and why the 7% number that everyone believes to be the minimum rate required to provide sufficient employment for China’s labor force is total nonsense.

Listen to the full interview in the audio podcast, watch an abbreviated video version or read an excerpt below.

Q: Lately, there have been some media stories on capital outflows, or even capital flight, out of China. How concerned are you about this possibility?

A: I’m not terribly concerned for two reasons. One is that the Chinese government still maintains significant capital control measures. There have been some talks that the government will eliminate these controls in the next few years, but I think it’s unlikely.

The broader point is that China has been used to having one-way capital flows for a long time. Everybody wanted to get their money into China, no one wanted to take it out. Many people thought it’s a big problem for the world that China was like a Hotel California for capital: you could check in, but you could never check out.

But now we are seeing capital flows in both ways, and with various volumes. Foreign reserve accumulation slowed down dramatically. Lately, we saw some net capital outflows. But this is part of the normal process of the economy adjusting from rapid economic growth on intensive investments to a slower one that’s more consumer-driven.

Q: What are the specific capital control measures in place right now?

A: It’s very difficult for Chinese institutions and individuals to move money out of China. Any outflow is regulated under the qualified domestic institutional investor program (QDII) and limited by an annual quota. For individuals, it’s close to impossible to move large amounts of money offshore.

Chinese companies have been going out to do mergers and acquisitions or greenfield investment overseas. The outward foreign direct investment now runs somewhere between US$50 billion to US$80 billion a year.

These are regular capital outflows for every economy. The only concern is if people lose confidence in the economy and everyone takes his or her money out. But that’s a very remote possibility.

A: I think the similarity between the two is that both had incredibly high investment-led growth for a long time. But the differences are huge.

First of all, the Asian economies were mainly running current account deficits in the 1990s. China has been running a very sustained current account surplus. Secondly, the Asian countries did a lot of external borrowings, while China has basically none. Finally, China’s domestic financial system has a lot of liquidity across diversified assets. That’s not the case back in 1997.

Q: What would make you become concerned about capital outflow getting out of control in the future?

A: On the domestic front, if you see a continued rapid increase of credit-to-GDP ratio, then I’d be concerned that the foundation of China’s growth is unstable. That could lead to economic malaise and make people want to put money elsewhere.

Q: Investment contributed less than half of China’s GDP growth last year. Do you think China is on a natural path to correct its famously unbalanced economy?

A: This is an intricate question often subject to simplifications. The overall capital stock to the total amount of infrastructure, housing, etcetera, is still significantly lower in China compared to any developed economies on a per capita basis. China still has to make an enormous amount of large investments over the next 20 years that will generate very high returns.

Also, China can’t suddenly shift this entrenched pattern of development to a U.S.-style consumer economy. That’s just not realistic. This has to be a transition over a very long period of time.

The more important thing is to look at the relative growth rates of investment and consumption. From 2000 to 2010, investment was growing at 15% a year in real terms. Personal consumption grew around 8% to 9% a year. Both rates will come down. Investment will likely grow at 6% to 7% annually, and consumption will grow at a rate lower than its current 8% to 9% range.

Q: It sounds like you are cautious about China’s growth in the next couple of years. How dramatically will growth slow down?

A: I think the next couple of years are very tricky. Historically, I’ve tended to be more optimistic. But I think China may grow at 6% to 6.5% next year.

The reason is that the government is trying to rein credit growth as well as doing structural reforms at the same time. In the short term, they will have the impact of forcing certain companies to go out of business or to reduce their operations. So it’s hard to see how the current growth, which is barely 7% on a sequential basis, can be sustained.

Q: So you think growth will be slower than 7%, the magic number that’s just enough to provide sufficient employment for China’s massive labor force?

A: This statement is never true. People started talking about the minimum 7% number in late 1990s and early 2000s. At that time, the government was slashing tens of millions of jobs in state-owned enterprises. The population of young people was expanding dramatically. In those days, it’s difficult to grow fast enough to generate enough jobs.

Today, state-owned enterprises are net employers. More importantly, the number of young people entering the labor force every year is shrinking. You simply don’t need to create the same amount of jobs now.

Also, the structure of the GDP growth is much more important than the level of growth when you try to figure out how many jobs are being created. An aluminum smelter and 10,000 little retail stores may record the same GDP growth, but the number of jobs being created may be five times different.

So this whole notion that you have to generate a specific number of GDP growth to generate a certain amount of jobs is just nonsense.

Arthur Kroeber is founding partner of Beijing-based research boutique firm Dragonomics. The firm was acquired in 2007 by Hong Kong-based research company GaveKal. Kroeber now manages GaveKal Dragonomics’ research operations on China and globally. Previously, he was a journalist covering economic affairs in Asia. He is also a fellow of the Brookings-Tsinghua Center in Beijing.

China Money Podcast: More Than 100 Startups Raise Capital In China This Past Week

© 2021 China Money Network Limited. All Rights Reserved. Disclaimer: The views, opinions, forecasts, and statements made by our hosts and guests are the personal views of those respective individuals and may or may not be either endorsed or accepted by China Money Network Limited or the companies with which these individuals are employed.
Posting....